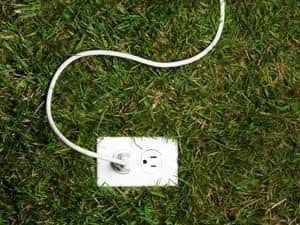 [fusion_builder_container hundred_percent=”yes” overflow=”visible”][fusion_builder_row][fusion_builder_column type=”1_1″ background_position=”left top” background_color=”” border_size=”” border_color=”” border_style=”solid” spacing=”yes” background_image=”” background_repeat=”no-repeat” padding=”” margin_top=”0px” margin_bottom=”0px” class=”” id=”” animation_type=”” animation_speed=”0.3″ animation_direction=”left” hide_on_mobile=”no” center_content=”no” min_height=”none”][GreenBiz Editor’s note: This is the second in a series of excerpts from “Climate Capitalism: Capitalism in the Age of Climate Change,” by L. Hunter Lovins and Boyd Cohen, just published by Hill and Wang.The first excerpt can be found here.]
Investing in energy efficiency and renewable energy will generate jobs and help build strong companies, communities, and countries. Researchers at the University of California, Berkeley concluded, “All states of the union stand to gain in terms of net employment from the implementation of a portfolio of clean energy policies at the federal level.”
The new green energy economy will generate new manufacturing businesses, jobs retrofitting existing buildings, opportunities to build and manage the new decentralized energy system, the ability to revitalize farm income from biofuels, wind farms, etc. Traditional economists who claim that acting to protect the climate is costly should be challenged to show why unleashing the new energy economy will not trigger, as former President Clinton asserts, the greatest economic boom since World War II.
Some companies are not waiting for the government to lead. At the Frankfurt Motor Show in late 2009, Siemens unveiled a bold plan to construct a pan-European smart grid linking sites of distributed generation across Europe: It would connect the proposed Desertec project (a multibillion-euro effort to link wind, solar thermal and solar photovoltaic systems in the north of Africa with solar and biomass generation in southern Europe), massive offshore wind farms of the northern German and Danish coasts, and wave power of Scotland and Portugal. It would connect all of these big renewables systems with locally distributed generation on smart homes. In combination with a network of smart electric cars this would deliver a renewably powered Europe. Working with such partners as DONG Energy in Denmark, Better Place, and many others, Siemens sees its industrial future as built upon creating this energy system of tomorrow.
In April 2010, Michael Weinhold, chief technical officer of Siemens’s Energy Sector and an engineer, described to students at Berlin’s Technical University how new ideas have shifted his focus from implementing small technical improvements to concerns of greater social responsibility. “We engineers need to make the energy system sustainable, so that the world can avert catastrophic climate change,” he said. “Siemens already is showing politicians what’s possible.” He described some of the company’s recent work: free-floating offshore wind turbines; the world’s largest gas turbine in the combined-cycle process with a record-setting 60 percent efficiency; a new high-voltage direct-current (DC) power line in China that moves 5 gigawatts of CO2-free hydropower across about 1,400 kilometers at about 95 percent efficiency. Then he described Desertec, which Siemens helped create, and the pan-European smart grid. “Only a few years ago, this project would have been labeled a passing craze,” Weinhold told the students. “We can realize it, and we will realize it.”
Weinhold described how a broad alternative-fuel mix — offshore wind power in the North Sea, solar photovoltaic from Italy and Spain, biomass and onshore wind in Germany, coupled with some conventional sources — would by 2020 enable 1 million electric cars to cruise German roads. The cars’ batteries when connected to a smart grid could then serve as a giant power storage system. At night, people could plug in their electric cars to load their batteries with wind-generated power. Then, during daytime peak demands, the parked hybrid car plugged into the grid could feed excess power back for others to use.
Siemens may be in the lead in implementing such technologies, but they are not alone. IBM is involved in more than 150 smart grid projects in various mature and emerging markets. In October 2010, the company announced that it had been chosen by Energy Australia to be the systems integration partner for the $100 million Smart Grid, Smart City initiative created by the EnergyAustralia Consortium, a partnership be¬tween IBM and GE Energy Australia, AGL, Sydney Water, Hunter Water, and local governments. The three-year project is beginning in 2011 across five sites in Sydney and the Hunter Valley region of Australia. It will allow residents to see real-time analysis of electricity usage for their households and even for individual appliances, to help them make better decisions about energy efficiency in their homes and cut their environmental impact. It was subsequently announced that Intel was joining the initiative with $100 million in Australian government funding to provide the smart meters for this project.
There has never been a greater opportunity for entrepreneurs to combine the best energy efficiency technology with the wave of renewable technologies now sweeping the market. These companies will make a lot of money while helping communities enhance their energy security, improve quality of life, and enable all citizens to join the transition of the renewable-energy future.
[/fusion_builder_column][/fusion_builder_row][/fusion_builder_container]

The Book is LaunchedSucking it up …