The Problem and Vision

The current economic system has become addicted to GDP growth at all costs and has lost sight of the larger goal of sustainable wellbeing. It needs to be fundamentally transformed into a wellbeing economy which is aimed at achieving sustainable wellbeing, not merely growth of GDP, with dignity and fairness, for humans and the rest of nature. A wellbeing economy recognizes that the economy is embedded in society and the rest of nature and that true freedom and success depend on creating a world where we all prosper and flourish. Institutions serve humanity best when they foster our individual dignity while enhancing our interconnectedness. To thrive, all institutions (including businesses) and society must pivot toward a new purpose: shared wellbeing on a healthy planet.

To achieve a wellbeing economy, a major transformation of our world view, society and economy is needed. This is what the Wellbeing Economies Alliance (WEAll) seeks to bring about.

How WEAll will do this

Our reading of why, despite all the evidence that economic transformation is much needed, it has not happened, is that:

The critical issue facing the many organisations and networks working for a new economic system is not so much what needs to happen, but how to make it happen.

WEAll’s practical response will include activities such as: 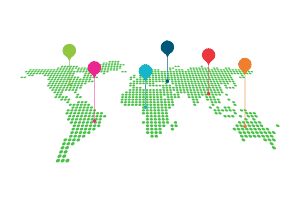 These will help bring about key changes required for a wellbeing economy and a finer future:

We are agents (connectors and facilitators), rather than the makers, of change. Our job is to support the makers of change: nurturing their work and its impact, and facilitating connections between them.

Background to the Organization

WEAll is a blending of initiatives, standing on the shoulders of the efforts of several entities and many individuals: ASAP (the Alliance for Sustainability and Prosperity); L4WB (Leading for Wellbeing); and NESI (New Economy and Social Innovation).