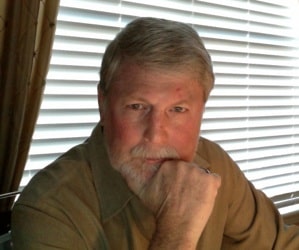 Bill Becker is Executive Director of the Presidential Climate Action Project (PCAP), an initiative of Natural Capitalism Solutions to enable the President of the United States take decisive action on global warming and energy security.
PCAP has submitted more than 200 policy and program recommendations to the Obama Administration, many of which were adopted during the President’s first year in office. Prior to that he was the Central Regional Director for the U.S. Department of Energy, where he spent 15 years administering programs to accelerate the use of energy efficiency and renewable energy technologies. He is a national expert on sustainable community development and on public policy related to clean energy and global climate change.
In 2006-2007, Bill organized a series of four “national leadership summits” to advance sustainable development policy and practice in the United States. Hosted by the Johnson Foundation at its Wingspread Conference Center in Wisconsin, the summits engaged dozens of the nation’s top experts in energy policy, natural resource stewardship, community development and other disciplines, and created the “Wingspread Principles on the U.S. Response to Global Warming”. The Principles have been endorsed by many of America’s leaders
Bill has overseen the disaster recovery and solarization of such cities as Valmeyer and Soldiers Grove. Today, Bill directs PCAP, as well as the Central Appalachia Prosperity Project, which is helping people in that coal-dependent region develop a roadmap to a more sustainable economy; and The Future We Want, which employs state-of-the-art communications technologies to help the public envision life in a low-carbon, sustainable society. He is a frequent guest columnist for several prominent blogs including Huffington Post, SolveClimate, Climate Progress, The Environmentalist, and Celsius.
During his diverse career, Bill has served as a war correspondent for the U.S. Army in South Vietnam, where he won a Bronze Star medal; writer/photographer for the Associated Press; publisher of his own weekly newspaper in rural Wisconsin; editorial writer and columnist for the Wisconsin State Journal in Madison, WI; associate director of the Wisconsin Energy Extension Service; research director for the Wisconsin State Senate; executive assistant to the Wisconsin Attorney General; Counselor to the Administrator of the U.S. Small Business Administration in Washington, DC; and communications director for the U.S. Department of Energy’s Assistant Secretary for Energy Efficiency and Renewable Energy.
Bill is in high demand in Europe and the United States as a lecturer on energy, climate and sustainability issues, in venues that have included the United Nations and the UN’s 14th and 15th Conferences of the Parties in Poznan and Copenhagen, respectively. He is a member of President Mikhail Gorbachev’s Climate Change Task Force and the Global Advisory Board of OgilvyEarth, the sustainability practice of the global communications company Ogilvy & Mather. He is a senior advisor to the Institute for Environmental Security at the Hague. His latest book is “The 100 Day Action Plan to Save the Planet,” published by St. Martin’s Press in New York.
Bill and his wife Mary live in Golden, Colorado.