[fusion_builder_container hundred_percent=”yes” overflow=”visible”][fusion_builder_row][fusion_builder_column type=”1_1″ background_position=”left top” background_color=”” border_size=”” border_color=”” border_style=”solid” spacing=”yes” background_image=”” background_repeat=”no-repeat” padding=”” margin_top=”0px” margin_bottom=”0px” class=”” id=”” animation_type=”” animation_speed=”0.3″ animation_direction=”left” hide_on_mobile=”no” center_content=”no” min_height=”none”]
“Your [Hunter Lovins] presentation, ‘How to Craft a Compelling Narrative and Select Transformative Targets’ on Saturday, July 12th 2014 was refreshing and jarring and with a much-needed message about the urgency of the task ahead. You captivated an audience that is not easily captivated. I particularly appreciated your framing of the Sustainable Development Goals as striving toward a ‘world that works for 100 percent of humanity.’ We are extremely pleased with the outcome of the workshop, in large part due to your participation. Thank you again for sharing your knowledge and enthusiasm.”

“When I heard Hunter Lovins for the first time in 2006, I was left feeling like I’d just witnessed one of the best speakers the sustainable business movement has. To be frank, I thought her presentation was electrifying. Six years later I had the chance to listen to her on a Bard MBA event in New York and was happy to find that Lovins still rocks. Is it her profound knowledge? The loads of experience she has? Maybe the hat? I don’t know, but I do know that very few make the business case of sustainability in such a vivid and powerful way.”

“The Way Out: Kick-Starting Capitalism To Save Our Economic Ass, by Hunter Lovins and Boyd Cohen, argues, in a clear and unapologetic voice, that the only way to rebuild the global economy, cities and job markets while assuring peaceful national security is to do precisely what you would do if you were scared to death about climate change.”

“Hunter Lovins: The founder of Natural Capital Solutions has pushed the cause of restoring natural and human capital long before the rest of us chattered about it. Ms. Lovins has also worked with some of the world’s largest companies in their quest to become more sustainable.”

“At the request of our students, we were happy to invite Hunter Lovins to deliver the keynote address at the 2011 Bren School of Environmental Science & Management Commencement exercises. What an inspired choice. At the Bren School, we were already well aware of Hunter’s important and visionary work and her standing as a highly sought-after consultant. Some of our faculty members had met her previously. But you can never really know how a resume as impressive as Hunter’s will translate into a speech delivered from a grand dais set above a large crowd. Will it be arcane, obtuse, self-indulgent? Will the speaker connect with the audience? Will her words resonate? Will those who listen be moved and inspired? We needn’t have wondered ― or worried.
In the couple of hours that Hunter was at Bren before the event began, she wandered here and there, treating everyone she met to her frank gaze and engaging openness. Eventually, she took a seat at a student chair-desk in the corner of a noisy room, and, as faculty robed for the ceremony, jotted down some thoughts for her talk. It is always telling when someone can draft a speech in a few minutes, in pencil, on a couple of pieces of notebook paper. It usually indicates a person whose message, mission and life are in unison and emanating from a familiar and deeply felt foundation of beliefs and experiences. That was the case with Hunter. Her talk was fierce. It was fiery. And it was funny. As she moved through it, she integrated her tremendous knowledge of sustainability issues in plain language from which the last obfuscating flourish had been removed. Her message resounded: Have courage, be willing to fail, step up, follow your own path, do something that fuels your passion and feeds your soul. Don’t settle for a job, but rather, pursue your calling. Embrace life. Do it now.
The audience was moved, and the standing ovation was instant and spontaneous. We really could not have asked for a better, more engaged speaker or one whose values and message were more in line with the Bren School. It set the tone for a great day.”

“Thank you so much for addressing our group. You were a big hit and your message is so damned important. Several people came up to me afterwards and generally said the same thing which was how can we get her message out to millions at a time. Your standing ovation was certainly deserved. I have produced 27 of these Breakfasts, and you and Randy are the only two who have gotten standing ovations. How about that!”

“Hunter possesses that rare combination of spunky spontaneity and down-home credibility. She presents well and in that I mean, she has the remarkable ability to deliver powerful statistics from years of research, coupled with the solutions that turn those discouraging statistics into practical applications for a sustainable future. And Hunter is down right fun! The cowboy had really helped smooth the way for our conservative Scottsdale audience.” 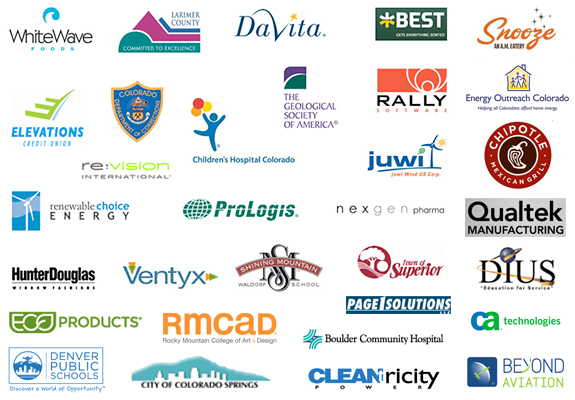 “Every now and then, I come across a springboard that’s powerful enough to launch me in a new direction, and this class was that springboard. I not only walked away with practical tools for implementing initiatives but also a vision for what sustainability can do for businesses and communities going forward. The team from Natural Capital Solutions was incredible. Their knowledge regarding sustainability far exceeded my expectations and their genuine interest in each student’s success (not just in the course, but also in their career) inspired me to raise my own bar even higher.”

“This was a great opportunity to learn from pioneers and industry leaders in sustainability.”

“The business case for sustainability provides a framework for business success in the 21st Century. Managers and executives concerned with the success of their companies and the continued happiness and productivity of their employees need to attend this course.”

“It was a real privilege to learn from a true pioneer of the environmental and sustainability revolution. I would certainly recommend this class to sustainability professionals looking to sharpen their skills in advocating for the business case of going green. Very insightful and quite enriching.”